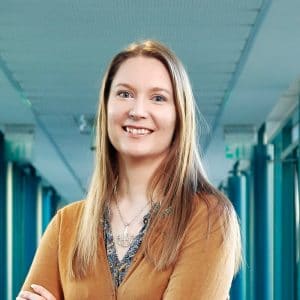 Marja Matinmikko-Blue is Research Director at Infotech Oulu Institute and Director of Sustainability and Regulation at 6G Flagship at University of Oulu. She also holds Adjunct Professor position in Spectrum Management. She holds a Dr.Sc. degree in telecommunications engineering on cognitive radio systems and a Ph.D degree in management sciences on stakeholder analysis from University of Oulu in 2012 and 2018. She conducts interdisciplinary research on future mobile communication networks from business, technology and regulatory perspectives in close collaboration between academia, industry and regulators. She received the Young Scientist of the Year Award in Finland in 2013 for this collaboration. She has led several research project consortia that have demonstrated world’s first Licensed Shared Access (LSA) trials and introduced a new local 5G micro operator concept with local licensing.

She has published 170+ scientific publications and prepared 150+ contributions to regulatory bodies in national, European and international levels. She led the development of White Paper on 6G and the UN SDGs that developed a connection between future wireless networks and the UN SDGs.