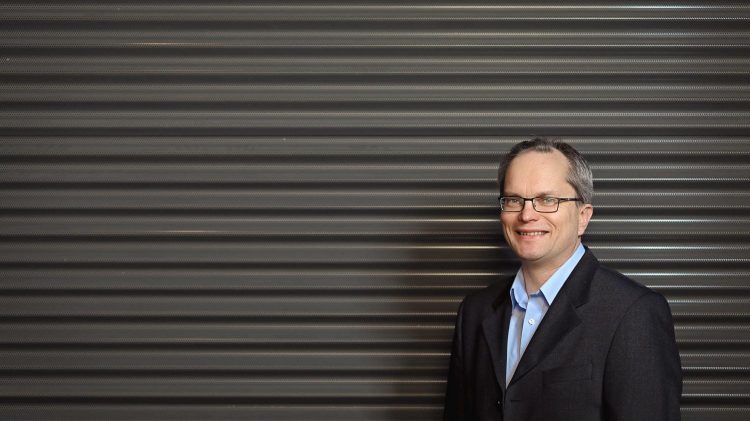 Markku Juntti, Professor of Communications Engineering, from University of  Oulu Finland, has been elevated to the grade of an IEEE Fellow. He is being recognized for contributions to multiuser and multiantenna communications. The technologies are used in mobile communications systems both in base station network infrastructures and mobile handsets worldwide.

The IEEE Grade of Fellow is conferred by the IEEE Board of Directors upon a person with an outstanding record of accomplishments in any of the IEEE fields of interest. The total number selected in any one year cannot exceed one-tenth of one- percent (0.1%) of the total voting membership. IEEE Fellow is the highest grade of membership and is recognized by the technical community as a prestigious honor and an important career achievement. Less than 30 IEEE members of IEEE Finland Section have been elevated to the grade of Fellow. Dr. Juntti is the fourth University of Oulu alumnus receiving the recognition.

-I feel truly honored yet humbled by being elevated to IEEE Fellow. It is a recognition by the scientific and professional community to the expertise of the wireless research in Oulu. Big thanks belong to all my current and previous doctoral students, postdoctoral and other researchers with whom I have had the privilege to work with as well as CWC as a whole. My doctoral thesis advisor, Prof. Behnaam Aazhang from Rice University, Houston, Texas and Honorary Doctor of University of Oulu deserves special acknowledgement. He submitted my fellow nomination and has given invaluable support during my career. The recognition motivates CWC and 6G Flagship to tackle the challenges ahead of us, says Markku Juntti.

Markku Juntti received his doctoral degree in 1997 from University of Oulu. His doctoral thesis research focused on multiuser detection and channel estimation for code-division multiple-access systems with applications to the evolving Third Generation (3G) cellular system technology. He was with Nokia Networks in 1999–2000 conducting research and development for the technologies for WCDMA 3G base stations. He joined University of Oulu in 2000 as a Professor of Communications Engineering and has been in this duty since then. He is also currently Leader of Centre for Wireless Communications (CWC) – Radio Technologies Research Unit at the Faculty of Information Technology and Electrical Engineering (ITEE) at the University of Oulu. In these roles, Dr. Juntti has been among the group of experts in growing the wireless communications research in Oulu to the global top level since 1990s. He has been a supervisor or advisor in 35 doctoral theses during his career. Read more about his researc in his profile.

Prof. Juntti’s research has focused on multiantenna and multiuser communications technology and related signal processing with applications in 3G, 4G and 5G systems. He has contributed on the design of efficient receiver algorithms, architectures and implementations for multiple-input multiple-output (MIMO) systems. Significant part of his work has focused on transceiver and system optimization in multiuser MIMO systems. His current research areas include also millimeter-wave and THz band communications and related signal processing. The main application focus is now on beyond 5G and 6G systems, which he studies as part of University of Oulu 6G Flagship.

The IEEE is the world’s leading professional association for advancing technology for humanity. Through its 400,000 plus members in 160 countries, the association is a leading authority on a wide variety of areas ranging from aerospace systems, computers and telecommunications to biomedical engineering, electric power and consumer electronics. Dedicated to the advancement of technology, the IEEE publishes 30 percent of the world’s literature in the electrical and electronics engineering and computer science fields, and has developed more than 1300 active industry standards.  The association also sponsors or co-sponsors nearly 1700 international technical conferences each year.

If you would like to learn more about IEEE or the IEEE Fellow Program, please visit here.