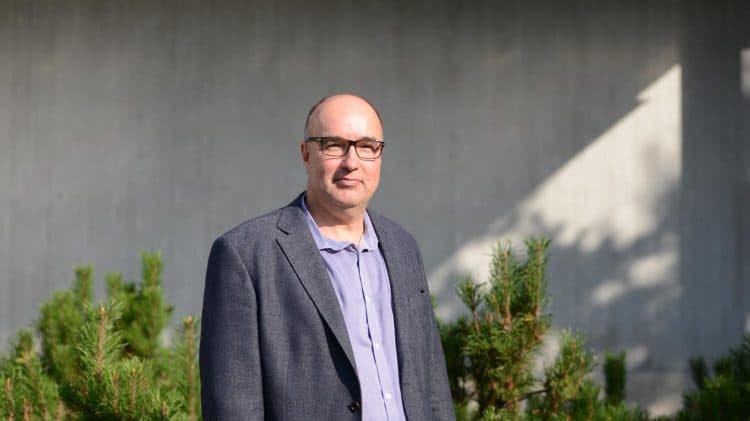 From the secrets of the universe to the promise of tomorrow: Kari Leppänen maps the world around him in 6G

Many of us gaze at the stars and think, Wouldn’t it be fun to be an astronomer? Find out the secrets of the universe, life? But not many of us have the wherewithal to become astronomers, though. Professor of Practice Kari Leppänen at 6G Flagship does. For a while, he pursued a career in radio astronomy. “I know exactly how the recent image of the black hole was created.”

Leppänen says that he was always interested in the stars and the universe. In the early 90’s he worked in New Mexico on images of quasars. Leppänen developed a method for polarization imaging of quasars and a similar technique was used in creating the image of the black hole that was unveiled by the Event Horizon Telescope team in April. More closely related to the 6G Flagship program is Leppänen’s work with radio networks. After leading an academic life, Leppänen thought that maybe he should get “a real job” and applied for one at Nokia. In 1997 he became a team lead at Nokia Research Center.

-I spent 16 years in Nokia and worked a lot on antennas. In 2002-2004 I was in charge of Nokia’s 4G research programme, which was a major endeavor. It was a great place to learn how to work with very complex systems, Leppänen says.

After his stint at Nokia, Leppänen got a job at Huawei and in 5G development. He worked for the Chinese multinational company until 2018, splitting his time between Sweden and Finland. Leppänen left the company to found his own technology start-up in using radio technology for monitoring of large structures, like bridges, and accurate positioning. Around the same time, professor Matti Latva-aho asked if Leppänen might want to get involved in the 6G Flagship programme in the University of Oulu. The answer was yes, and now Leppänen splits his time between Helsinki and Oulu.

-I am working in the field of autonomous wireless systems. The definition is pretty broad, but basically the idea is to look at how wireless networks enable the technologies of the future, like robotics. These include 3D mapping, positioning, sensing, low-latency connection to the cloud, possible edge computing–all of these are needed by robots that need to work in a given environment, Leppänen explains.

If gazing at the stars means looking into the past in a certain sense, gazing at 6G means very much looking into the future. Leppänen converses easily about immersive experiences, virtual, augmented, or mixed reality solutions (“The Terminator sees the world in AR, as all this data appears in his ‘eyes’”) and their applications. The expectation is that 6G will bring about unforeseen amounts of data production and consumption and with it issues like data ownership and privacy. Leppänen considers real-time environmental mapping in 6G with near-instant unlimited wireless connectivity, which is the Flagship’s vision.

-In terahertz frequencies, which is the 6G expectation, it is possible to construct a radio eye that ‘sees’ in radio frequencies. This ‘eye’ is a cluster of antennas, consisting of thousands of antenna elements and is still the size of a match box. This ‘eye’ can see things very accurately, if it functions as a radar. It can see things in 3D and map the environment. In traffic it could spot a cat running for the street from around the corner, and so on, Leppänen says.

Such a system has advantages over, for instance, LIDAR, in that it isn’t that susceptible to weather: LIDAR is hampered by fog, among other things.

-Also in the terahertz region one can build spectrum or multispectral sensing systems, which can be used in, say, mines or other industries and monitor if there are any toxic gases or other compounds released accidentally.

-Privacy concerns are absolutely among the biggest discussion points in 6G. Who controls the data, what is shared and how? On the other hand, we are creating local data marketplaces. Somebody is producing data through their radio device locally, someone else wants to access it, and so we have created supply and demand, Leppänen muses.

It is easy to see dystopian outcomes when pondering the future of telecommunications, but Leppänen points out that the key performance indicators–KPI’s–in 6G are not just technological and economical as they have tended to be in previous generations.

-Now, we are talking about things like privacy, transparency and environmental impact, the United Nations’ 17 sustainable development goals. It’s not just about how many bits we can run per second, or how much it costs to build a square mile of coverage. People who develop communication systems are generally concerned about human repercussions and global development. Bringing these KPI’s in at the start is a great way to build the future, Leppänen says.