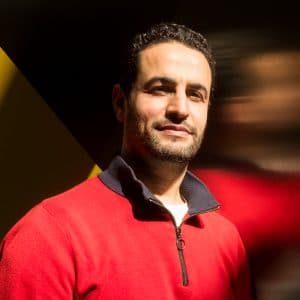 Prof. Tarik Taleb is currently a Professor at the Centre for Wireless Communications (CWC) – Networks and Systems Unit, Faculty of Information Technology and Electrical Engineering, The University of Oulu. He is the founder and director of the MOSA!C Lab (www.mosaic-lab.org). Between Oct. 2014 and Dec. 2021, he was a Professor at the School of Electrical Engineering, Aalto University, Finland. Prior to that, he was working as Senior Researcher and 3GPP Standards Expert at NEC Europe Ltd, Heidelberg, Germany. He was then leading the NEC Europe Labs Team working on R&D projects on carrier cloud platforms. Before joining NEC and till Mar. 2009, he worked as assistant professor at the Graduate School of Information Sciences, Tohoku University, Japan, in a lab fully funded by KDDI, the second largest mobile operator in Japan. From Oct. 2005 till Mar. 2006, he worked as research fellow at the Intelligent Cosmos Research Institute, Sendai, Japan. He received his B. E degree in Information Engineering with distinction, M.Sc. and Ph.D. degrees in Information Sciences from Tohoku Univ., in 2001, 2003, and 2005, respectively.

Prof. Taleb’s research interests lie in the field of telco cloud, network softwarization & network slicing, AI-based software defined security, immersive communications, mobile multimedia streaming, & next generation mobile networking. Prof. Taleb has been also directly engaged in the development and standardization of the Evolved Packet System as a member of 3GPP’s System Architecture working group 2. Prof. Taleb served on the IEEE Communications Society Standardization Program Development Board. As an attempt to bridge the gap between academia and industry, Prof. Taleb founded the “IEEE Workshop on Telecommunications Standards: from Research to Standards”, that got later promoted to the IEEE Conf. on Standards for Communications and Networking.